Manage All Your Joomla And WordPress Client Sites, With your team, in One Central, Secure Dashboard.

We used to provide UptimeRobot Integrated monitors for your sites, but now we are providing UNLIMITED FREE uptime monitors – powered by our own custom-written engine – to all mySites.guru subscribers and connected sites.

FREE Uptime Monitors from our OWN Robot Engine – for all mySites.guru subscribers and their connected sites – get alerted to downtime quickly!

For over a decade mySites.guru has been providing UptimeRobot uptime monitoring as an opt-in option for all sites connected to our service. This has now come to an end. Buying in the UptimeRobot service was our single biggest expense each month totally more than the total bill for all our infrastructure for mySites.guru service at DigitalOcean! (tl;dr UptimeRobot was acquired, the service was unreliable since and then they tried to hike the fee we were paying by 352.4%!) – Read more about this below

We are pleased to announce that we have flipped the switch, removing all UptimeRobot monitors and replacing with our own – custom built per-min second-accurate Uptime Monitoring solution – written from scratch in node.js in less than a week, refined, tweaked, and integrated to mySites.guru in less than a few weeks – all at no extra cost to our subscribers. (Well in fact we are saving ourselves $22,416 by doing this!)

We have no plans to launch a complete UptimeRobot clone, as that market is already saturated (If you need an uptime service, we can highly recommend https://ohdear.app over UptimeRobot :)), but we will be adding Status Pages for you shortly too – mySites.guru already does SSL checks and much much more in our award winning Audit tools for Joomla and WordPress sites.

The new micro-service, standalone to the main mySites.guru servers, will check your connected sites and alert you when they are not online – or worse, hacked – allowing you to respond to any outages quickly.

Our service will check your site with a single HEAD request, and if its online then great.

If your site is not responded to us in 45 seconds, we will try again, this time with a GET request, and we will wait 45 seconds again for your site to reply.

If your site has not responded again we will make one final GET request, this time from a different location around the world (secret IP, because your site should not be blocking/whitelisting IP addresses, its a public web facing site!) if your site fails to respond to this then we alert you that your site may be down, by email.

We have spread out, and will continue to spread sites that are on the same server across multiple times so that we do not hammer your server with the single HEAD requests all in the same second.

We have performance load tested the new platform to 1 million domain names per second – and this can safely be handled on three $5 servers… thus saving us much in buying in another persons service for this. We just needed the push to write the service ourselves.

You can see an overview of all your monitors in your account:

You can also see the last 24 hour site response times, easily seeing performance issues, like this:

Why we stopped using UptimeRobot.com

Ever since mySites.guru first launched sometime in 2012, we have provided uptime monitors for all sites connected to the mySites.guru platform.

These monitors were provided by the Engine at UptimeRobot under the management of their founder Umat Muhaddisoglu. The service was rock solid and we rarely had any issues – apart from we kept hitting the limit of the number of monitors we were paying for, and kept increasing – and thus we came to a financial arrangement that suited both of us. This was a discounted price, based on 5 min (and not every min) monitors. It was still very expensive for what it was.

We consumed the API provided by the UptimeRobot service and monitors were opt-in within the mySites.guru service.

In 2019, UptimeRobot was acquired by itrinity, a Czech/Slovak company operating UptimeRobot as a Malta based company (Its a shell company address!) in a closed deal. This was not announced at the time and was kept very quiet for a while.

All above dates… The whole UptimeRobot API was down, This effected all our users trying to create or remove monitors.

Early in 2020 the UptimeRobot service started to have technical issues – they called them DDoS attacks, but this was not proved, and ever since then their platform has been unreliable with lots of complaints on twitter from affected users. It was clear that since the take over many changes were being implemented that were having knock on effects, but they still would not admit the issues.

On 6th May 2020 Peter Hrbacik (The new CEO of UptimeRobot) emailed me after seeing my complaints on Twitter about the bad service received and the repeated downtime. He stated he “fully understand your frustration. I am very sorry for all the troubles. There were really tough times during the last weeks as we faced many DoS attacks and technical issues.”

On 10th May 2020 we made our monthly payment and then a few hours later UptmeRobot cancelled our PayPal subscription and terminated our account. This effected all our users and meant that we could not service our account using the API.

On 14th May 2020 the whole UptimeRobot API was down again, This effected all our users trying to create or remove monitors.

On 28th May 2020 Peter Hrbacik (The new CEO of UptimeRobot) emailed me to say that they were “about to roll out a big infrastructure update which should secure far more stability of our services” – that night the API was down for 7 hours.

On 4th June 2020 itrinity finally emailed all UptimeRobot users – and announced their blog post talking about the acquisition and the recent issues.

On 9th June 2020 The SSL Certificate on stats.uptimerobot.com was invalid effecting all users with Status Pages.

On 10th June 2020 Kristian from UptimeRobot published personal information from our account to a public URL at gofile.io – a direct and clear breach of data protection

On 27th July 2020 UptimeRobot again automatically terminated our account without warning. This was 17 days after our last payment. This effected our users as downtime was not notified and users could not start (or delete) new monitors.

On 20th September 2020 UptimeRobot again automatically terminated our account without warning – apparently an admin oversight (again) and fixed in a few hours. This effected our users as downtime was not notified and users could not start (or delete) new monitors.

On 27th June 2021 UptimeRobot again automatically terminated our account without warning – apparently an admin oversight (again) and fixed in a few hours. This effected our users as downtime was not notified and users could not start (or delete) new monitors. I emailed Peter Hrbacik (The new CEO of UptimeRobot) again – without reply.

THIS IS WHERE IT GETS INSANE…

On 5th July 2021 out of the blue I receive an email from Martin Toma, COO at itrinity. His email is basically saying that they have decided to switch my subscription, from my historically agreed price ($566) for 20000 monitors at 5min intervals, to new pricing.

I noted that the pricing offered to us above was over and beyond the published pricing on their website and I queried that and was told this was due to our “reselling activities”!!

Let’s be clear: mySites.guru was not “reselling” the UptimeRobot service. Ever. We were consuming the API that came with the account we were paying for in complete compliance with the terms and conditions of the service. We were receiving notifications from UptimeRobot when a site went down, and in turn we would alert our customer. This is not reselling, this is the same as you signing up as a digital agency, and adding your clients sites to their monitoring – and when a site goes down, you the digital agency contacting your customer to resolve the issue – we were doing nothing wrong here.

I mentioned the fact that we were in complete compliance with the ToS at UptimeRobot to Martin on 5th July 2021.

On 9th July 2021 Martin replied with “You are right, we don’t explicitly forbid or specify conditions for such behavior. We will release an update to our ToS soon.”

Furthermore, he backtracked on the pricing, saying “we decided not to charge any extra premium for your reselling activities” – note, we are NOT reselling, we are consuming the UptimeRobot account in full and complete compliance of their ToS and just as we had done for a decade!

Martin was also pissed at me “tweet-shaming” UptimeRobot when I shared the content of his proposition, and the fact that they were imposing a 352.4% price increase on us with 66 days notice.

Its not like their service has been stunning and giving me confidence that UptimeRobot under their management is a good thing – its been down considerable times, and all I have had is excuses – no one has yet explained why my account was terminated again last weekend despite me paying

On 9th July 2021 Martin replied to say he was not holding us to ransom, and we were free to leave.

I replied less than 1min later stating to please terminate my subscription and monitors on 9th of September, 2021, the date 66 days later that he was going to impose the 352.4% price increase.

On July 14, 2021: Added “Resale or Redistribution of Service” and “Contacting UptimeRobot” terms were changed.

Indeed he did update the ToS to specifically block ban and outlaw a whole list of services – making use of UptimeRobot Non-Commercial Only (did you know that?!) as well as adding additional clauses to state that all previous contracts, discounts etc were “speculative” and that they had a right to publish correspondence and confidential information provided them by email was fair game to be published by them – unless the UptimeRobot board gave agreement in writing.

So basically he is screwing over his “earliest & biggest customers” by outlawing them. Im sure if many read their new ToS they would have issue with these new terms.

Since then neither Martin Toma (COO) or Peter Hrbacik (The new CEO of UptimeRobot) have even bothered to reply to my follow up emails, tweets or to confirm that they will be terminating my account.

Copies of all emails available on request – we have nothing to hide and have documented the issues accurately without spin.

Onwards and upwards – but setting the record straight.

On 12th August 2021 I requested the invoices for 2021 as they were not in my account, and I informed UptimeRobot that the country on the invoices were totally wrong (They had Isle of Man, whereas we are located in Jersey, Channel Islands) – they replied on 13th August with the invoices but told me they could not provide accurate invoices with the correct country on, as they is “use a library from another provider”– which means every invoice is factually invalid as the country is wrong for my business and they refuse to change it.

If you haven’t tried our service yet, add your first site FOR FREE today and get a FREE audit of your site. Discover what lies beneath your home page, and lurks in your webspace.

Add your first site now - for free! or ask us a question

We are most active, announcing new features and chatting on Twitter, join us there! 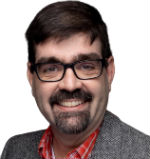 "Hey there Joomla Fanatics, Tim Davis here, I'm a Joomla fan too! I have a great BasicJoomla Youtube Channel full of helpful Joomla tutorials and videos just waiting for you, on YouTube."